The Twelve Days of Christmas

We have all heard, most of us sang, the famous song The Twelve Days of Christmas. I grew up really thinking that this True Love offered a gift for the twelve days following Christmas, starting on December 25th. What a sweet, romantic thing to do.

The lyrics, in case you forgot go like this…

And because after singing of the particular days’ gift, you repeat all those days before, my question was always, “Did the beloved end up with 12 Partridges in 12 Pear Trees?” Now I learn that it is a song written in code and sung between the 16th and 18th centuries whilst Catholicism was outlawed. It was a way to remember their religious truth without persecution.

This is the code to this catechism song written for the young catholic. The True Love was representative of the True Love born on Christmas Day.
The partridge in a pear tree represents Jesus Christ himself.
The two turtle doves were the Old and New Testaments.
The three French hens stood for faith, hope, and love.
The four calling birds were the four gospels of Matthew, Mark, Luke, and John.
The five golden rings represented the first five books of the Old Testament.
The six geese a-laying stood for the six days of creation.
Seven swans a-swimming represented the gifts of the Holy Spirit which are
Prophesy, Serving, Teaching, Exhortation, Contribution, Leadership, and Mercy.
The eight maids a-milking were the eight beatitudes.
Nine ladies dancing were the nine fruits of the Holy Spirit which are
Charity, Joy, Peace, Patience, Kindness, Mildness, Fidelity, Modesty, and Chastity.
The ten lords a-leaping were the Ten Commandments.
The eleven pipers piping stood for the eleven faithful Apostles.
The twelve drummers drumming are the twelve points of belief in The Apostles’ Creed.

The twelve days of Christmas are in fact the twelve days between the celebrated birth of Jesus and the Epiphany, when the Wise Men arrived and revealed the child as the light of the world.

The Twelfth Night became a time of great celebration. Large parties were held, during which the roles in society were often reversed with the servants being served by the rich. This dated back to medieval and Tudor times when Twelfth Night marked the end of ‘winter’ which had started on 31st October with All Hallows Eve.

In many countries, at the start of Twelfth Night the Twelfth Night cake or Kind Cake was eaten. This was a rich cake made with eggs and butter, fruit, nuts and spices. The modern Italian Panettone is most like the old Twelfth Night or Epiphany cake. There is another King Cake used in other countries during the pre-Lenten celebration of Mardi Gras or Fat Tuesday. While there are many who celebrate the gift of the Magi from the Epiphany, January 6th, all the way to Mardi Gras, February 13th. 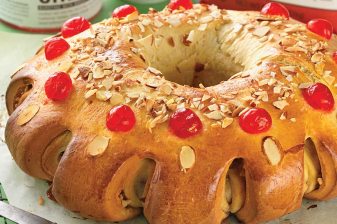 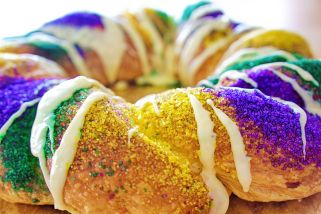 A dried pea or bean (la fève) was cooked in the cake to represent the New Born King. Whoever found the  fève in their slice of King Cake was the Lord or Lady for night and was expected to bring next year’s King Cake to the celebration. It is now popular for there to be weekly celebrations from Epiphany to Mardi Gras, with the person finding the token appointed the duty of offering the next week’s cake. Most of the King Cakes or Gateau de Roi are decorated with colorful dried fruits or colored sugars. In New Orleans the colors have come to represent as follows purple for justice, green for faith, and gold for power

I was so excited to hear the story of the Twelve Days of Christmas and to share with you. But to carry it on to my favorite cake of all, Gateau de Roi, was a real treat.

Wishing all a very Merry Twelve Days of Christmas, Peace on Earth and Goodwill to All.

References: The Londonberry News Hometown and Online; Pinterest; Why Christmas and The Catholic News Agency.

By georgiamtnrentals in GMR, History, Holidays on December 31, 2017.
← What’s for Breakfast in the Mountains? Studio Cabins for Two → 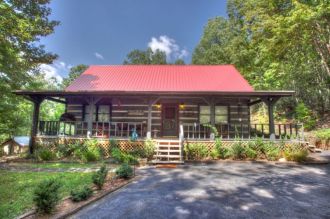 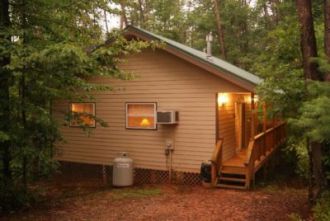 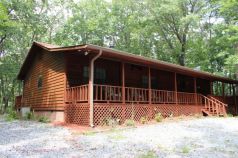 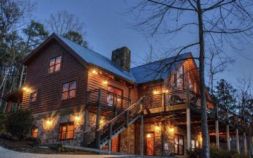 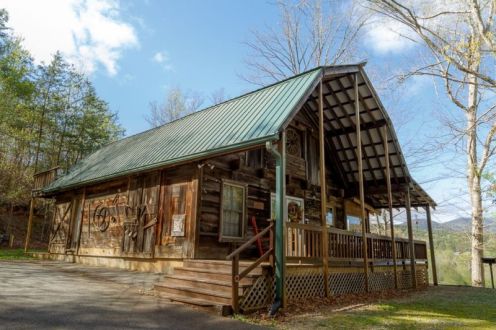 Plan Your Next Visit with Us!